The Environmental Journal of Southern Appalachia

Popping toads and playing dead: Happy Halloween from the hognose 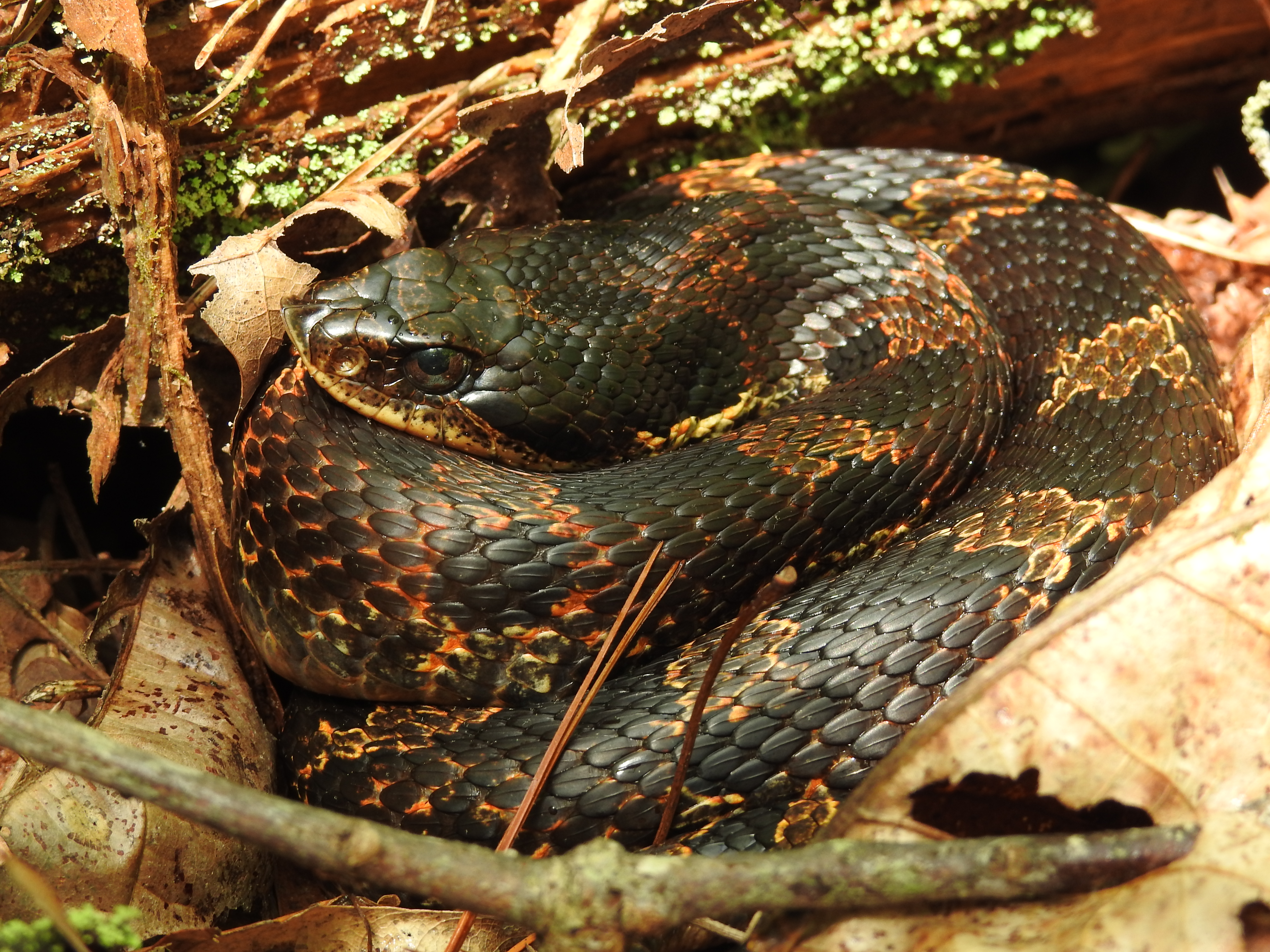 Creature Feature: The Drama Noodle Oscar goes to … the hognose!

If you grew up east of the Rockies, your grandmother may have told tales of deadly “spreading adders,” dangerous serpents that would spread their heads wide when approached and chase down unsuspecting children.

These quasi-mythical creatures rank alongside the Jersey Devil and the Chupacabra for their legendary status, with a glaring exception: the mythos surrounding the “spread-head,” “spreadnatter,” or “blow viper” are based firmly on a real, though harmless animal – the eastern hog-nosed snake.

The hognose, which ranges in virtually every state east of the Mississippi River,  is remarkable for many reasons. Its genus Heterodon is from the Greek for “different tooth.” This name refers to unique, enlarged teeth in the rear of the mouth that are unusual among nonvenomous snakes.

There is debate as to the function of these teeth, but prevailing theories converge on one purpose – to help subdue their preferred prey of toads.

Hog-nosed snakes are the only animals in the United States that dine primarily on toads. This is roughly analogous to finding a tribe of humans who subsist primarily on ghost peppers.

One tooth theory suggests the enlarged teeth help quite literally to deflate their prey. Toads have a habit of inflating their lungs to make themselves too big to swallow. It’s possible the Heterodon teeth evolved to effectively “pop” these living balloons. Another theory suggests the teeth help deliver the hognose’s saliva into its prey. While not venom in the technical sense, evidence suggests the saliva may have physiological effects that inhibit an unlucky toad’s ability to move.

Toad-eating in itself is an unusual quality in a predator. True toads (with native members mostly confined to the genus Anaxyrus in North America) have evolved to produce potent toxins, collectively known as bufotoxins, in specialized glands on their necks. A toad’s trusty bufotoxins protect it from depredation by most generalist predators like hawks, coyote, or mink. The few exceptions to this rule are mostly snakes, with none so specialized for toad-eating as the hognose.

Dentition and diet aside, it’s the drama that makes the hognose a star. When disturbed by a threat such as a human or a dog, the hognose plunges into a cascade of noteworthy defensive theatrics.

The sequence and lineup vary, but a full performance typically begins with surprisingly loud hissing and a behavior known as mock striking, in which the snake lunges rapidly at the interloper as though to bite – but with its mouth shut. This tactic generally precedes or is paired with the next act: muscles in the snake’s neck contract, pulling its head and upper body into a broad, flat shape known as a hood. Picture Rikki Tikki Tavi’s cobra nemesis.

This behavior earned the hognose its rural mythology and its cast of colorful nicknames.

If these moves fail to dissuade a would-be attacker, the snake switches gears and plays ‘possum. This death-feigning performance, formally known as thanatosis, is one of the most impressive of its kind. The snake throws itself into a series of writhing coils that end with it lying on its back, mouth agape. If it has eaten in the last few days, it may regurgitate its stomach contents before giving up the ghost. Its tongue lolls, saliva oozing, and feces combined with rank-smelling musk is expelled from its back end. Truly method acting at its finest!

At this point, the snake really does look (and smell) as though it was dead. Poking and prodding evoke no response. Only one bit of its act needs some work; if you try to flip it over onto its belly, the snake will consistently roll over onto its back again. Dedicated to its craft, a hognose may lie this way for many minutes before cautiously raising its head to see if the danger has passed.

Nowadays, many country folk just consider themselves lucky to see a hognose. Some nicknames persist, but the old tales are being eclipsed by a new reputation for being one of the most endearing and entertaining serpents around.

The snake has even earned a new nickname of “drama noodle” along with its own cadre of internet memes and viral videos. It’s hard not to admire these charismatic critters, as anyone who’s seen them perform will tell you.